Our website makes it easy to view floor plans, availability, and real-time pricing. Call or email us to schedule a live video tour! Apply online anytime and have peace of mind with Camden's 30-Day Satisfaction Guarantee.

The Southwest Comes Alive in Spring

Denver, Colorado, March 23, 2016, 3 days into spring and we had a blizzard! Welcome to spring in the Mile High City where up to a foot of snow blanketed the Denver metropolitan area.

Although the temperature in Denver and the surrounding area was in the 20’s, other parts of the West and Southwest were experiencing much warmer temperatures. With the warm temperatures and the onset of spring, there is so much beauty to be found in the deserts, mountains, and countryside. Yes, Mother Nature in all her glory has something in store for all of us living in this part of United States. Get your cameras ready as we explore the highways and byways throughout California, Arizona, New Mexico, and Texas.

The Golden Poppy (also known as the California Poppy) is the state flower of California for a reason. Each year from March through May, fields and hillsides from Northern to Southern California come alive with the vibrant gold and orange colors of the California Poppy. Watch these beautiful flowers sway in the wind and take in the beauty as thousands of these flowers come to life.

If your travels take you through Lancaster, visit the 25th annual California Poppy Festival April 16 – 17. Did you know the Golden Poppy was valued by the Native Americans in CA as a food source and for the oil that can be extracted from the plant? The Golden Poppy became the state flower of California in 1903. If you travel through Southern California, stop in to visit one of our beautiful California Camden apartments.

Beauty is in the eye of the beholder and the Sonoran Desert is absolutely gorgeous in the spring. Yellow, orange, red, white, and purple are a few of the many colors of the season. Arizona wildflowers start blooming in early March when the temperatures climb into the high 70’s and low 80’s. Throughout the desert areas you are likely to see:

Should your travels take you into Northern Arizona, you are sure to see a variety of mountain wildflowers during your adventure. Wildflower season runs from late March through May and even into June, depending on the altitude. A few of the many mountain wildflowers you see include:

Catch a glimpse of the State Flower of Arizona in late spring. The white Saguaro Cactus Blossom appears atop these majestic beauties for only a few short weeks. Did you know the mighty Saguaro cactus only grows in the Sonoran desert which covers the southern part of Arizona and the northern part of Mexico? Should your journey bring you to the Valley of the Sun, there are 10 luxurious Arizona Camden apartment communities to explore.

Wildflower season in New Mexico runs from February to April. If you are in the mountains of New Mexico, you are sure to see wildflowers blooming well into summer. In the lower elevations, spring is the best time to view wildflowers. The many wildflowers and their colorful blooms are:

Until I moved to Texas a few decades ago, I had never heard of, nor did I realize there was this magnificent wildflower known as the Texas Bluebonnet. Each year starting in mid-March and continuing through mid-April, you see highway medians, country fields and hillsides blanketed throughout the state with this stunning flower.

Blooms appear in Brenham, Houston, Corpus Christi, and San Antonio in the latter part of March. In early April, you see these beauties appear in Austin, Waco, and the Texas Hill Country. By mid-April the Texas Bluebonnets make their way to the Dallas/Ft. Worth area.

Easter weekend is a perfect time for families to stop along the roadside and take family pictures among the thousands of gorgeous Bluebonnets. I love this flower so much that I named my 1989 Honda Accord after it! Little known fact… Bluebonnets come in a variety of shades of pink, purple, white, “Aggie Maroon” and “Barbara Bush Lavender”. The latter two have been created in recent years.

In Corpus Christi, Houston, Austin, and Dallas Camden’s luxury apartment communities are waiting for you. Experience the true Texas hospitality when you visit one or more of our Welcome Centers.

Get out and enjoy the beauty of spring in the West and Southwest. Plan your wildflowers road trip today. From all of us at Camden, safe travels and happy Spring! 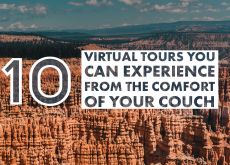 10 Virtual Tours to Experience from your...

At Camden, we love staying connected to our residents. We love hearing stories of their travels, seeing... 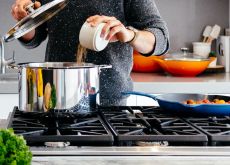 3 Great Reasons Why You Should Cook at...

These uncertain times have shaken all of us out of our daily routines and into a new world. Due to lockdowns... 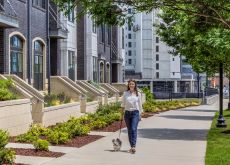 Ways to Enjoy the Outdoors While...

It’s no secret that fresh air can heal our minds and bodies. Regular participation in outdoor activities can...