Camden Honors One of Our Own: Resident War Hero

July is always a special month for our country because we get to celebrate our freedom! This year Camden celebrates our own resident war hero, Mr. Reichek. What better way to celebrate, than honoring those who have served?

CAMDEN HONORS ONE OF OUR OWN: Mr. Reichek

With all July’s festivities, I had the honor of sitting down with one of our sweetest residents in Houston – Mr. Reichek!

Mr. Reichek, age 96, served as an airplane mechanic in World War II from 1942 – 1946. He experienced Germany’s invasion first hand while stationed in England. As a Jewish-American, Reichek felt an extra conviction to serve in the war, and even applied many times until America drafted him in ’42. He spoke of heartbreak from losing family members and friends in service, but Reichek made it clear he was “proud of what [he] did to end the Holocaust”. Riechek was even given an honorary medal upon his discharge from the Air Force!

I asked about his feelings on Independence Day. He teared up and said “I’m just really proud to be an American and live in a country where I’m free. Just the sight of our flag or the tune of “The Star Spangled Banner” brings tears to my eyes.” For Mr. Reichek, Independence Day is not just a holiday filled with fireworks and all-american food, but a celebration of the freedom we all hold so dear to our hearts. If it weren't for the selfless acts of men and women like Mr. Reichek, we would not be able to enjoy all of these festivities with such pride and happiness. Here at Camden, we are so proud of our resident war heros and others around the nation!

Lastly, Mr. Reicheck wants to let everyone know he loves living at Camden because “they treat me like family, I’m always greeted by name, and they make me feel wanted”. When asked if he had plans of moving anytime soon, Reichek said “I could never leave this big family!”

We couldn't be happier to have him as a part of our family as well! It's special residents like Mr. Reichek, that truly make Camden's job of providing homes extra meaningful.

On behalf of all of Camden, Happy Fourth of July and thank you to all that have served. Tune in later this month to read more on how Camden serves our veterans. :) 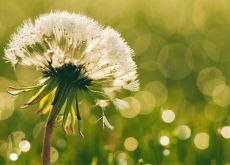 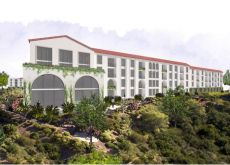 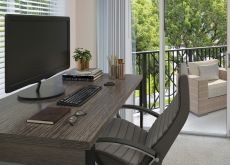 Working From Home Is Easier Than Ever with...

A year ago, our busy, working lives changed in a way no one could have predicted. Millions of people across...