On two rainy September days, our Camden Cares Raleigh team renovated two homes for two very deserving individuals. It was the most meaningful and impactful Camden Cares event that I have participated in to date and I have been with Camden for 10 years now. This year we partnered with Rebuilding Together of the Triangle to bring new life as well as more safety to two homes in the downtown Garner, NC area. The mission of this organization is a clear and noble one:

"Rebuilding Together of the Triangle seeks to make a sustainable impact on preserving and revitalizing homes and communities, assuring that low-income homeowners, from the elderly to the disabled to families with children, live in safe, healthy homes."

And boy do they ever. With countless homes under their belt, the wait list is still just shy of seven years right now and with each home and community they complete, more lives are made better and more homes are made safer. You could ask any one of our employees who took part in these days how amazing it felt to give back and to know that what we were doing was not only helping these gentlemen and their families but it was helping to rebuild a community as well. Here are a couple of quotes from some of our employees.

I'd like to introduce you to the two gentleman whose lives were touched and who touched our lives just the same.

This is the kind-hearted, eighty-one year old Mr. Williams. He was so appreciative, even rooting us on when he would come outside. He would mention how even though it was raining, he was so impressed with what we were able to get done.

This bundle of personality is Mr. Hinton. He and his wife live just around the block from Mr. Williams. His gratitude was evident in his smile as he would watch everyone work and make jokes to keep us laughing.

All that we did that day would not have been possible without the following people, so I'd like to take a moment to shout out those that went above and beyond. Firstly, Sustainable Pest Control. While we were removing siding on one of the houses, we noticed a situation that needed resolving. We contacted them immediately and within the hour they had a tech come out to treat both houses pro bono. It is selfless acts for the community companies like this do, that give hope to what can seem like a negative world much of the time. Secondly, Heaven and Earth Landscaping. When I say above and beyond, their contributions are the epitome of that saying. They took out all of the old landscaping at both homes and replaced every bit of it, also pro bono. This was not a small undertaking either. These two companies showed up for us and for these families. Thank you would never be enough and I'm sure those two smiling faces above would agree. And last but certainly not least, this shout out goes to one of our own. Rob, the Community Manager of Camden Overlook, took the helm of this ship, choosing our cause, setting it up, making sure we had what we needed, placed those phone calls to the above companies and so much more. It's that kind of compassion and heart that is exactly what Camden Cares stands for. To say we are proud of him and everything he did to make this happen is an understatement.

After the siding was up, the stairs were built, the bushes were placed and the trucks pulled away, the homes that were left standing are better than when we arrived and we are better for having made a difference. To work for a company who cares so much about giving back is something I am so fiercely proud of and if you look at the faces below, I'd say the feeling is mutual. 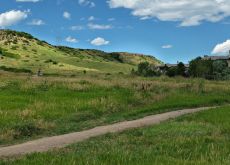 Mountains in Your Backyard at Camden...

Do you love spending time outdoors in a beautiful landscape with breathtaking views? Living at Camden Denver... 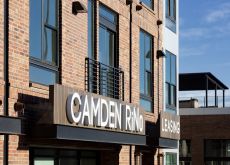 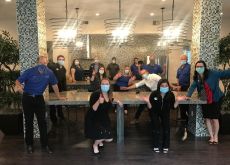 Interning With Camden... During A Pandemic

Camden’s summer internship is often described as “unexpected.” Many students do not expect to have as much...