We have these apartments for rent near Valley Ranch in Irving, TX 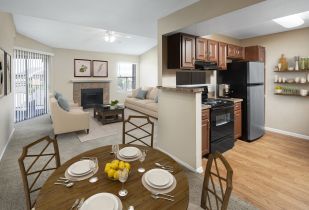 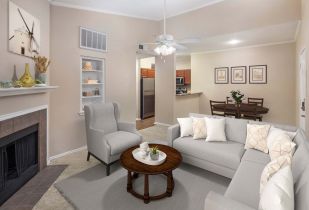 Camden’s Irving Texas apartments put you in the center of one of Texas’ highest rated cities for safety, economic growth, and that live-work-play lifestyle. Whether your new to Irving or have it called it home for years, we’ve put together a list of things to do and things you should know about the city.

Irving loves to eat out...

Irving’s favorite neighborhood, Las Colinas, has 15 restaurants and 75+ hotel bars and restaurants for endless choices. If you’re building a must-try list, The Ranch and Cavalli Pizza should be near the top.

…And the locals know how to keep it interesting.

The Taste of Irving Festival takes you to different parts of the world through sips and bites created by master chefs. Dinner and a movie at the same time happens at the Alamo Drafthouse Cinema – did we mention the chairs are recliners?!

Irving has an appreciation for the arts.

Irving’s Williams Square holds the masterpiece, ‘Mustangs at Las Colinas.’ Get the full story of the sculpture at the Mustangs of Las Colinas Museum across the street. Then, start on your night-out plans by checking out the Irving Arts Center – you’ll find art exhibits, outdoor installations, and theater productions year-round.

The Toyota Music Factory is one of Irving’s favorite places! You'll find concerts year-round, delicious restaurants, bars with music and delicious cocktails. The place to be on Fridays is at Bar Louie for Live at Louie’s. Irving has a passion for supporting local musicians, find out why via the Simply Camden blog.

You can find a new career on every corner.

If you’re like most, step 1 in relocating to a new city is finding a job. There’s no shortage of Fortune-500 companies with offices in Irving such as Kimberly-Clark, Commercial Metals, ExxonMobil, Microsoft, Citigroup, Nokia, and Oracle.

In Irving, they live by the phrase, “Adventure is Out There!”

We go by two definitions of ‘out there’ in Irving – one meaning outside and the other is just ‘out there’. You’ll find stand-up paddling (Irving’s most popular activity), Campion Walking Trail, AT&T Byron Nelson – golf tournament on the PGA Tour, and horse races at Lone Star Park. Comic book, movie and Sci-Fi lovers rejoice – the Dallas Comic Con, now known as Fan Expo Dallas, calls Irving’s Convention Center home.

You’ll want to free up some time to disconnect.

One bucket list item should be a sunset walk at the Mandalay Canal in Las Colinas. You should also reserve a few hours and head to Mokara Spa at Omni Mandalay Hotel in Las Colinas for a facial and massage. Don’t just take our word for it, the readers at Conde Nast swear by it.

YES, the world does revolve around you.

Irving is central to Dallas and Fort Worth, meaning weekend trips to the Dallas Farmers Market and the Fort Worth Stockyards. To the east is Spring Trail Park, and the DFW International Airport is to the west. DART Rail’s Orange Line goes through Las Colinas to DFW Airport as well. Dallas Cowboys fan? A 30-minute drive brings you to Arlington’s AT&T Stadium and Six Flags Over Texas!

There’s so many aspects of Irving life that Camden loves being a part of, and we give you two chances to live the Irving life at Camden Cimarron and Camden Valley Park. 2018 marks 25-years that Camden is publicly traded company and calls Irving home – through one special resident’s eyes, see what’s changed and what hasn’t for 25 years via the Simply Camden blog.