We have these apartments for rent in Addison, TX 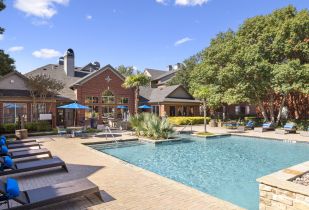 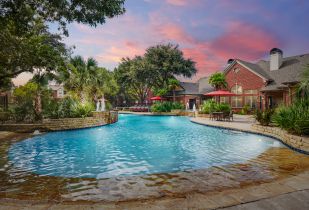 Addison, Texas is a booming city disguised as a quiet, well-planned suburb just north of Dallas. If you’re looking to live in a place with constant personality changes then you may understand why Camden set down roots here too.

At first, it’s hard to believe that within Addison’s 4.4 square mile space is an entire city of difference makers who appreciate entrepreneurship, history, good food, great live entertainment and the natural beauty of Texas.

What To Do in Addison

Often overshadowed by it’s neighbor city of Dallas, in recent years this small town has seen visitors flocking to experience year-round festivals and locally-owned restaurants, bars and shops. There’s no shortage of free outdoor concerts and over 180+ bars and restaurants to choose from.

If you like to set vacation time on the calendar early, mark July 3 as busy for Addison’s claim to fame – The Addison Kaboom Town fireworks show! There’s free admission, a carnival, live music, delicious summer eats and more! Visit the SimplyCamden blog for a sneak peak. Did we mention this festival has been named one of the top Independence Day firework shows in the country for 30 years?

Other festivals to mark your calendars for are the Taste of Addison in May and the Addison Oktoberfest in September. Addison’s Oktoberfest was recently named by Forbes as one of the most authentic recreations of the Munich Oktoberfest. Taste of Addison in May spends three days shining the spotlight on Addison’s 180+ restaurants with a side of live music. If you’re not excited by either of those, don’t worry, there’s over 150 special events held throughout the year to choose from.

Why The Locals Love Addison

In between festivals, local favorites include Galleria Dallas, the largest collection of war birds in the Southwest at Cavanaugh Flight Museum, new plays and musicals at the WaterTower Theatre, and choosing between 118 acres of parks and walking trails.

A word that often comes up to describe Addison is ‘booming’ because of its 12 million+ sq.ft. of office space! In 2014, Google named Addison “Google’s 2014 E-City for the State of Texas” – meaning it has one of the strongest communities for online business. As more entrepreneurs and small businesses call Addison home, the job market continues to grow exponentially. Today, you’ll find business headquarters such as Nerium and Bottle Rocket Apps.

These days, commute times can really wear on our lifestyles. Thanks to Addison’s location immediately North of Dallas, commutes are no longer one quarter of your day! Easy access to the Dallas North Tollway means that a trip to Dallas is around 30 minutes, Richardson proper is a 20-minute drive, and world travelers are only 30 minutes from Dallas Love Field and DFW International Airport.

If looking for a home with all the necessary luxuries seems daunting, then we invite you to check out Camden Addison – you’ll find open-concept space, gourmet kitchens, resort-style amenities, a private dog park, garage parking and more. Neighboring Camden Buckingham also offers Wi-Fi poolside and fireside in the indoor resident lounge.